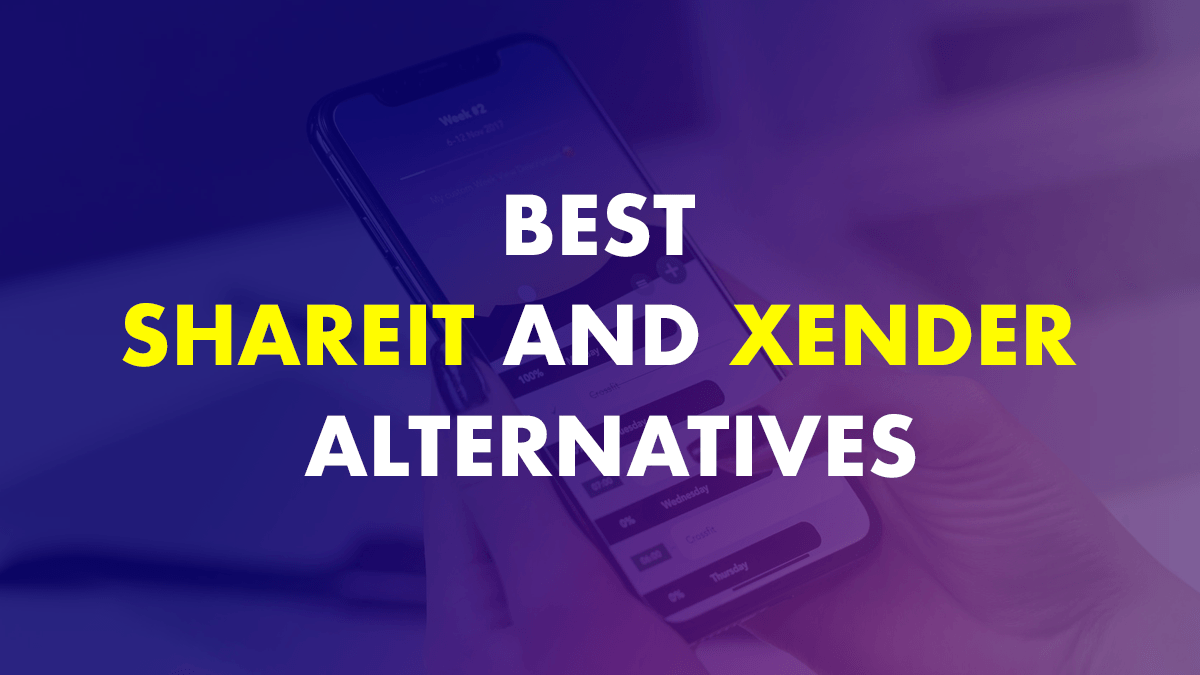 On 29th June 2021, the Indian government declared a ban on 59 Chinese apps in India. Most of them are very popular apps as most Indians use them on a regular basis.

SHAREit is one among them and most of us are already aware of using this app for sharing files from one mobile phone to another.

Here we’ve come up with the list of the best 5 SHAREit alternatives available in India to download.

inShare is a great alternative of SHAREit if you want to share files from one mobile device to another device with lightning speed. It also works without an internet connection.

With this app, you can share files with all formats and there is no limit on the file size. You will get the speed up to 40Mb/s for file sharing. It has a clean and beautiful interface that makes it easier for us to use. You can also transfer files from your old mobile phone to the new one.

4.6 ratings with 1 million downloads on the google play store makes this app a great alternative to SHAREit. inShare is completely free to download and use.

If you’re looking for the best Indian alternative to SHAREit, JioSwitch is one you should consider. It is India’s leading file-sharing app by Jio. It supports a wide range of file formats to transfer from one mobile to another. Sharing files from android to iOS mobile is also possible with this app.

You’re allowed to transfer any files as there is no upper limit of the file size. This app is over 100 times faster than Bluetooth. The good thing about this app is that it has a simple and clean interface without ads. With over 10 million downloads and 4.6 ratings on play store, this app is most reliable and worth trying.

Transferring files between android mobile and iOS mobile are also possible with JioSwitch is completely free to download from the google play store as well as the app store.

Send Anywhere is one of the best file sharing app for Android and iOS devices that protects your data with strong 256bit encryption. Sharing files are very simple with this app, you just need to enter a one-time six-digit key for security purposes.

You can transfer any type of files between one mobile phone to another even if you don’t have an internet connection. This app allows you to send the files to multiple people at once with the help of a custom link.

4.7 ratings out of 5 and over 10 million downloads on the google play store, this app is the best choice if you’re looking for a SHAREit alternative.

Files by Google is a great app designed to clean the storage of your mobile phone. However, it also lets you transfer files from one phone to another phone with a lightning speed of up to 480 Mbps.

You can share your photos, videos, apps, pdf and audio files easily from one device to another device. This app is fast, free and works without an internet connection.

The app is only available for android uses. With more than 500 million downloads this app holds a huge market. You can download it from the google play store.

SuperBeam is another great alternative to SHAREit. It is the easiest, fastest and more secure app to transfer small to large files between two devices. You need to pair the device through QR code, NFC or manual key sharing for file sharing.

Launched and developed in Canada, it is fast and free to use. The user interface is not as impressive as SHAREit, but it doesn’t compromise the core feature of the app.

With 4.3 ratings out of 5 and over 10 million downloads on the google play store, this app is worth checking out.

MX Player is an Indian video and media app similar to Hotstar. This app also works a file share app as it allows you to share video, audio and other files with its built-in share feature.

This app has got huge popularity in India with more than 500 million users using it for watching videos, movies, series and of course sharing files with friends.

As other app does, MX player also doesn’t require an internet connection to share files from one device to another.

These 6 were the best alternatives to SHAREit for Android and iOS mobile phones. Most of them are completely free to use, you don’t have to pay anything. Do choose the one which suits your requirements.