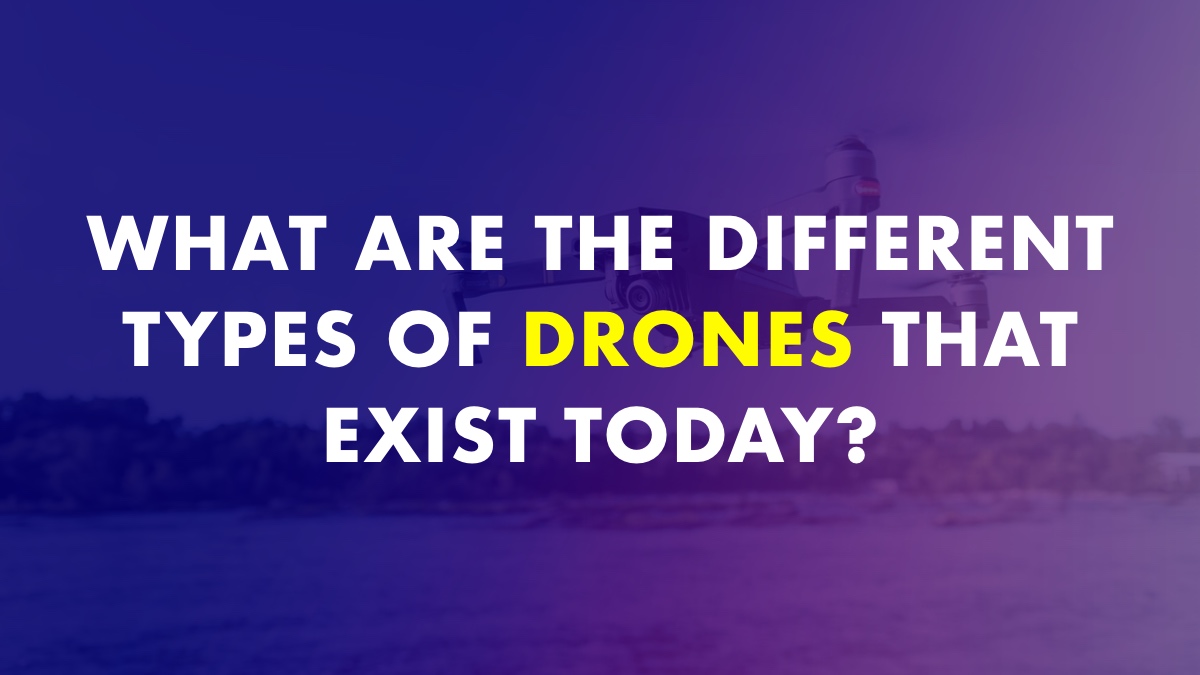 Commercially available drones are certainly one of the coolest inventions of the last decade. And did you know there are actually a lot of different types of drones?

We take a look at some of the many types below, so keep reading to find out what makes them different.

Drones can be incredibly enjoyable to pilot, but it is worth taking a closer look at exactly how they work.

Each type has different advantages and they drastically differ in how much weight they can carry, efficiency, and how long they can go between charges.

As the name indicates, these drones have multiple rotors and propellers which help the drone to take off, land, maneuver, and overall have greater control.

The most common formation is four rotors, but you can get drones with six or eight as well which adds more control, and greater skill to properly control.

One drawback of multi-rotor drones is that they tend to drain the power quickly with so many engines with some lasting as little as 20 minutes.

Similar to a small plane, these drones have one long stable wing extending across either side of the body, and because of the non-moving parts, they can last for up to 16 hours.

However, considerably more skill is needed to fly these because they can not hover, or take off without additional help.

Similar to a helicopter, this type of drone requires skill but has the ability to hover and take off with a skilled pilot controlling it.

These drones can carry heavier payloads than the previous types and are more efficient than multi-rotor drones, with the ability to operate using gas depending on size.

Typically, these are only sold as professional drones because of their unique abilities.

Taking the best of rotor drones and fixed-wing drones, a hybrid has the potential for much longer operating time, the ability to perform vertical take-offs and landings (VTOL) with some skill, and they are quickly growing in popularity.

Taking the drone industry by storm, they may not have been around for long but they are making waves.

What Is the Best Drone Type?

The answer to that question depends very much on the intended use. However, Multi-rotor drones tend to be the industry standard for recording smooth and impressive footage.

The range is expansive with low-quality products available to buy from many discount stores and more professional types such as the Dji available commercially for more experienced users.

Which Type Is Right for You?

The types of drones are varied and within each category, there are plenty of brands for you to take a look at. We recommend multi-rotor drones as the best aerial drones for most commercial uses.

But if you have more specialist needs, review the above list to find the right product for you.