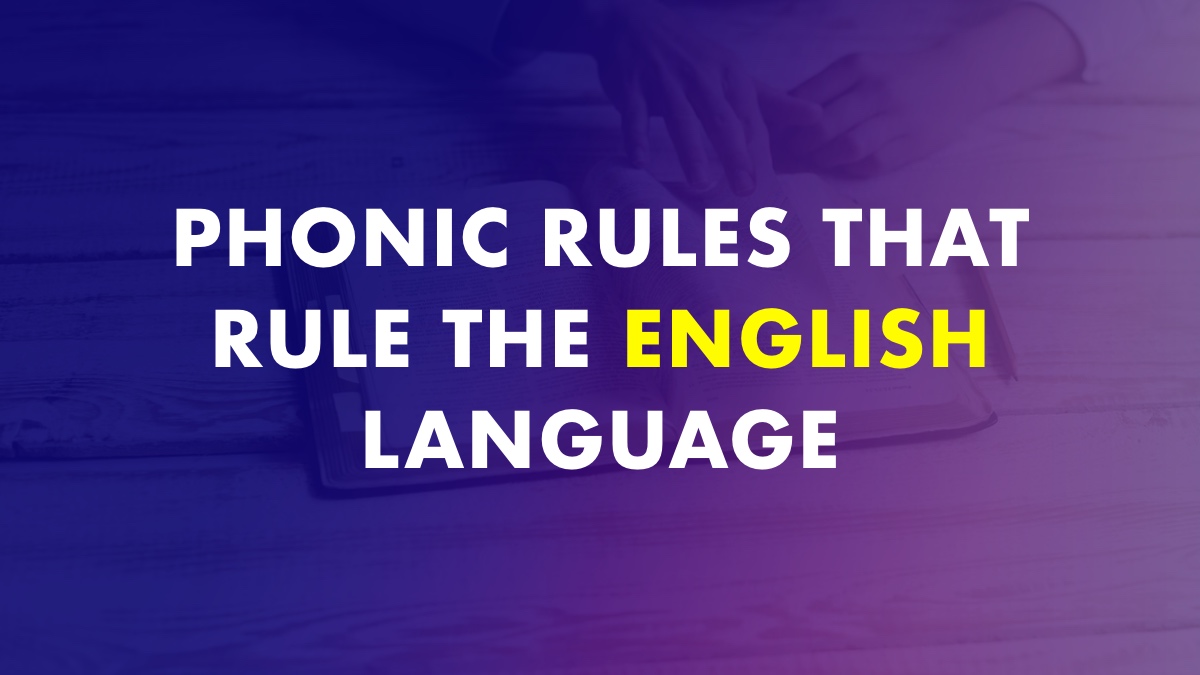 When you are learning a new language, connecting the sounds you hear to the letters that represent those sounds is a hard job. The English language is complex as it is, plus the many English words borrowed from other languages make it more confusing.

To help you master the English language with ease, here we have provided some of the most essential phonetics to help your English reading and spelling skills:

1. Each word has vowels (Y and W can be both vowels and consonants)

Each syllable must have at least one vowel sound. The vowels A, E, I, O, U and the consonants with vowel sounds Y and W are an essential part of any word. The letter ‘Y’ acts like a consonant, only when it is placed at the beginning of a word. While ‘W’ mostly acts as a consonant.

Vowels can stand alone in a syllable. Some examples are u-ni-corn, a-ni-mal, fam-i-ly, etc. They can also be surrounded by consonants like low, great, church, fantastic and many more.

When at least one consonant follows a vowel in a syllable, it closes the vowel sound, so this pattern is known as a “closed syllable”. Similarly, when a vowel is not followed by any consonants and is placed at the end of a word, it makes a long sound and this pattern is called an “open syllable”.

This is a simple rule which applies to words ending with the letter ‘e’, which has only one other vowel, then the ‘e’ is silent. Some examples of words that follow this rule are lake, love, cave, rope, side, etc.

This syllable pattern is popularly known as ‘vowel-consonant-e’. As the ‘e’ gives all its power to the other vowel making it use a long sound, this rule is also known as the ‘magic e’ rule.

The word ‘diagraph’ has two consonants that represent a single sound. Sometimes combinations of letters make one sound, making one of them silent. But mostly, the combinations give unique sounds that neither of the letters represents on their own. Some examples are chap, achieve, ghetto, straight and more.

Consonant blends are different. Here, two or more consonants work amazingly together so that their individual sounds can be heard. Some examples are clam, snap, grasp, scrub and many more.

Any vowel has the ability to make the ‘schwa’ sound, it is similar to a weak ‘uh’ or ‘ih’. Some commonly used words like ‘from’ or ‘again’ have this sound. A word can contain more than one ‘schwa’ sound, for example in an apartment, banana, etc.

The ‘schwa’ sound is relaxed, fast and neutral. It is almost similar to the ‘u’ sound and can be seen multiple times in a word. Examples of words using this sound are president, banana, celebrate and many more.

Exceptions To The Phonic Rules

You now are familiar with the most essential phonetics rules in the English language. These phonetic rules are followed by most English words. But these rules have some exceptions, which should be memorised properly for reading and spelling.

Make sure to memorise these phonetic rules and their exceptions to read and spell in English perfectly. Or else enroll in the best English speaking course for housewives.